Dr. Sarah Hickey was raised in Louisville and attended The University of Kentucky.  She worked with her father, Dr. Bill Hickey, at The Pet Clinic on and off since the clinic opened in 1996.  After graduating from the Tuskegee School of Veterinary Medicine in Alabama she returned to Louisville.  Dr. Hickey is a self-proclaimed "crazy cat lady", although she loves dogs too.  She has big shoes to fill, but is trying to live up to her father's legacy.

John was raised in Louisville and is Sarah Hickey's brother.  Before joining the family business in 2015, he was a submariner stationed at King's Bay, Georgia, where he conducted many patrols with the US Navy.  John loves all animals but large dogs, especially Irish Setters, and box turtles hold a special place in his heart.  He considers a friendly, bouncy dog jumping on him one of the perks of the job.

In 1996 Diane founded Chenoweth Lane Pet Clinic with her husband, Dr. Bill Hickey.  She continues to manage the practice. 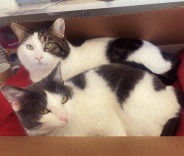 HOBO and PETRA: Our Furry Receptionists 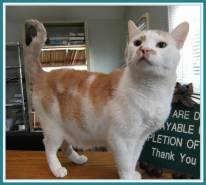 FOR AFTER HOURS EMERGENCY CARE